Bitcoin has been stuck to its consolidation period between the $30K and $40K range for more than two months, making short-term interest nosedive to levels not seen since September 2020, as acknowledged by IntoTheBlock.

“Bitcoin’s short-term interest is back to September 2020 levels. The number of addresses holding BTC for less than 1 month has decreased by 59% since Feb. of this year as volatility has decreased. The amount of speculation happening has also slowed down considerably.”

Low volatility has engulfed the BTC market, and this phenomenon has partly attributed to China’s intensified crackdown on crypto mining. Anhui, an eastern Chinese province, became the latest region to crack the whip on Bitcoin mining, citing an acute power shortage.

The lack of volatility also caused crypto trading volumes in exchanges to plummet by more than 40% in June. For instance, spot trading volumes fell by 42.7% to $2.7 trillion, while derivative volumes dropped by 40.7% to hit $3.2 trillion.

IntoTheBlock noted that the number of addresses holding Bitcoin for more than a year was at an all-time high (ATH) and was up by 1.76% since May. The on-chain metrics provider added:

“Even though Bitcoin’s price hasn’t been able to surpass the $40K mark recently, the long-term investment perspective amongst BTC investors remains strong.”

Crypto analytic firm Glassnode recently echoed these sentiments by stating that Bitcoin investors holding coins between two and five years were still confident about their investment. These investors had more than 22.9% of the BTC supply.

Furthermore, Bitcoin miners have been accumulating for more than a month, as revealed by on-chain analyst William Clemente III. 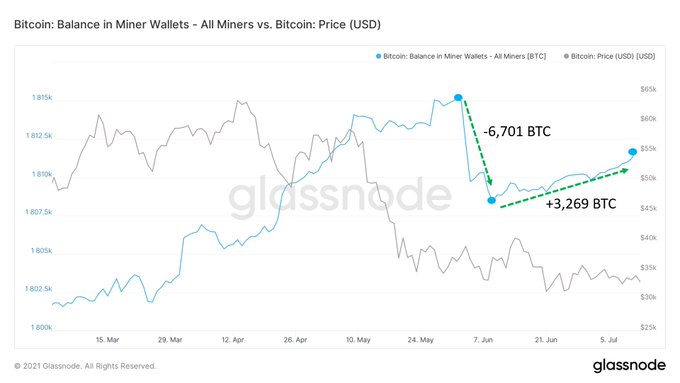 Some crypto experts expect Bitcoin’s volatility to get jump-started soon because the width of technical indicator Bollinger Bands continues to shrink.

US senators write to Silvergate Capital for answers on FTX collapse