Bitcoin was reclaiming the $34K level after falling to $32,000 before the weekend. The top cryptocurrency is a digital asset containing cryptographic protocols that make transactions secure and immutable. Crypto…”>cryptocurrency was hovering around $34,233 during intraday trading, according to CoinMarketCap.

Bitcoin on crypto exchanges has plunged to a 50-day low, as acknowledged by Santiment. The on-chain metrics provider explained:

“The amount of daily inflow of Bitcoin to known exchange wallets, as well as the total supply of BTC on exchanges, have experienced a sharp 50-day drop, which may point to diminishing sell-side pressure.” 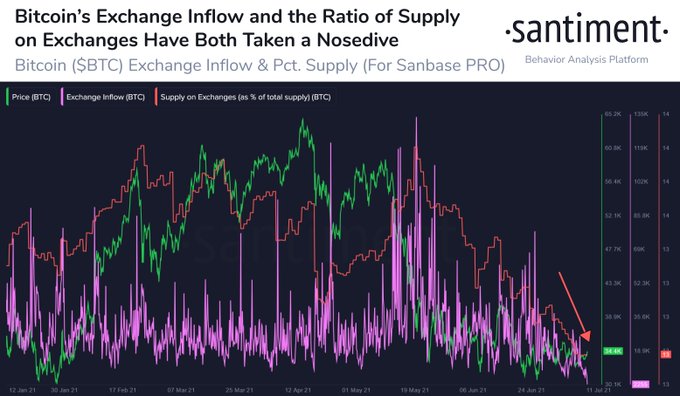 Bitcoin leaving exchanges is bullish because it implies less selloff.

BTC positions in an accumulation phase

According to on-chain analyst Dylan LeClair: 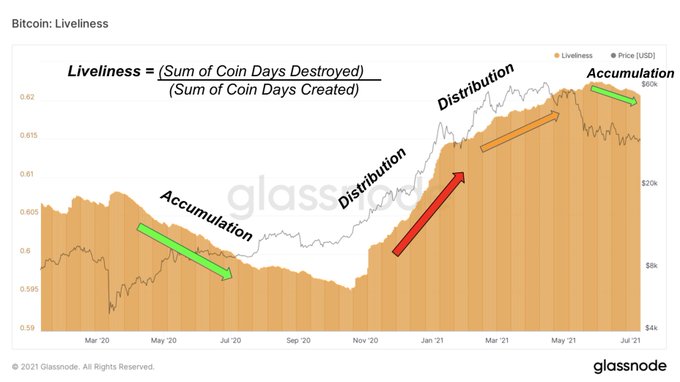 These statistics are echoed by the fact that BTC addresses holding between 100 and 10,000 BTC recently hit 9.13 million coins.

As a result, long-term BTC holders have been in an accumulation mode, whereas their short-term counterparts have been selling. Therefore, these contradicting actions have caused indecisiveness in the Bitcoin market.

Meanwhile, John Bollinger, a veteran trader and the inventor of the popular Bollinger Band indicator, recently stated that trading patterns in the crypto space had become quite unusual. He wondered if the crypto market was entering a new regime.

Furthermore, the Bitcoin market has been ranging for quite some time despite witnessing the highest level of on-chain volume since its $10.3K, as disclosed by William Clemente III.

It, therefore, remains to be seen how the top cryptocurrency will play out going forward.