Bitcoin (BTC) has ranged between the $30K and $40K zone for more than two months. The leading cryptocurrency has shown itself in this territory after it nosedived from an all-time high (ATH) of $64.8K recorded in mid-April.

Bitcoin’s price stood at $34,801 during intraday trading, according to cryptocurrency=”” space.=”” its=”” missio…=””>CoinMarketCap.

Santiment acknowledged that Bitcoin traders were on a go-slow as they were not buying the dip, but this doubt and disinterest was a positive sign of an upcoming turnaround. The crypto analytic firm explained:

“The amount of Bitcoin traders who are continuing to #buythedip continues to show decline as social volume toward BTC is low, and FUD posts on Twitter are high. Typically, this doubt and disinterest is a positive sign of an upcoming turnaround.” 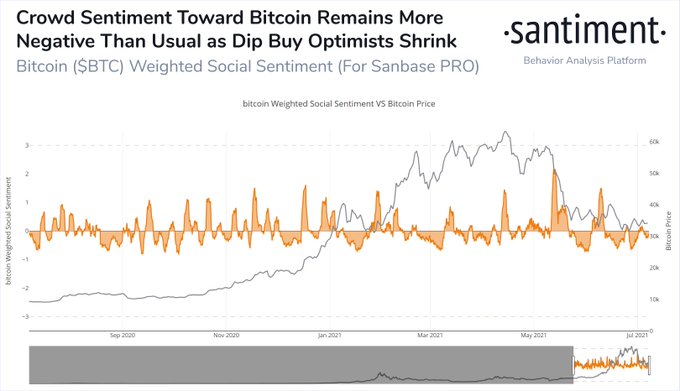 It, therefore, shows that FUD (fear, uncertainty, and doubt) about Bitcoin is still high among Twitter users. Therefore, Santiment believes this negative crowd sentiment is a blessing in disguise, triggering an upward momentum.

Bitcoin had as many users as the internet in 1997

According to Documenting Bitcoin, BTC users are equal to the number of participants the internet had back in 1997, and the growth rate is higher. The crypto data provider stated:

“Bitcoin now has the same amount of users as the Internet did in 1997, and is growing at a much faster pace.” 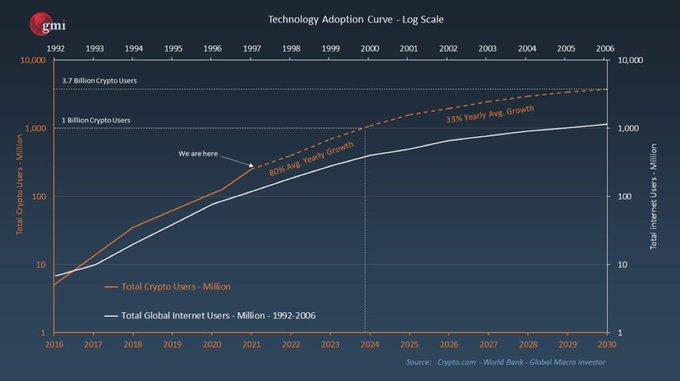 Another Bitcoin bottom signal pops up 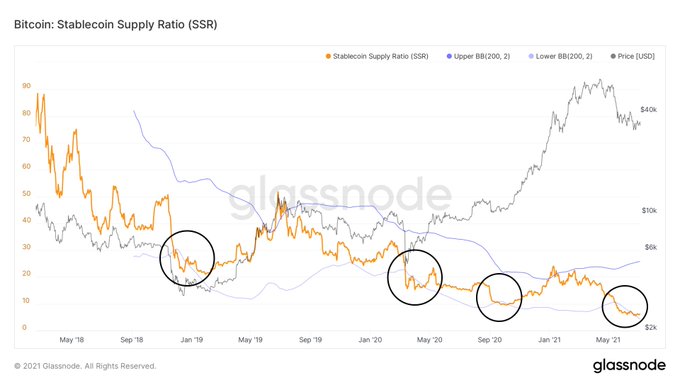 Recently, the ratio of Bitcoin’s supply on crypto exchanges hit a 6-month low, which generally indicates that there is a decreased risk of more major BTC selloffs.

However, whether Bitcoin’s current bearish run will turn bullish based on these indicators remains observed.

Is the City-State Ready to Become Asia’s Next Crypto Hub?