Bitcoin (BTC) has experienced headwinds, driving its price to lows of $28K after enjoying a remarkable bull run that saw a record-high of $64.8K hit in mid-April.

BTC was hovering around $33,438 during intraday trading, according to cryptocurrency=”” space.=”” its=”” missio…=””>CoinMarketCap.

Market analyst Lark Davis believes that bears are still in charge because Bitcoin is still trading below key daily moving averages, such as 50 MA, 200 EMA, and 200 MA. He explained:

“Bitcoin is still trading under the key daily moving averages. The bears are still in the driver’s seat of this market. That doesn’t mean I am a bear, just the facts of the market right now.” 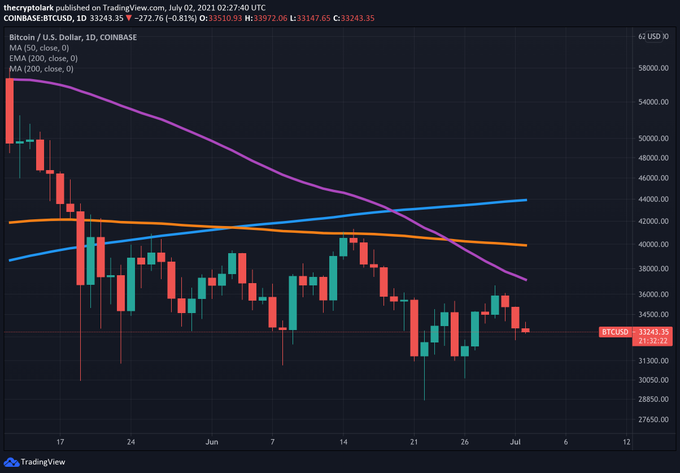 “Bitcoin funding rate is negative across all major exchanges. Means (that) many in the futures market are shorting (selling). Be careful today, volatility could surge.”

According to on-chain metrics provider Santiment:

“Bitcoin’s whale addresses holding between 100 to 10k BTC are finally showing a turning point in accumulating again. In the past 2 weeks, these large addresses shed 60,000 BTC. They hold 48.37% of the supply after holding 49.09% near the All Time High.”

Santiment acknowledged that Bitcoin whales were buying again after selling off 60,000 BTC in the last 2 weeks.

On the other hand, on-chain analyst William Clemente III trusts that retail investors (entities with 0.001 BTC to 1BTC) are not to blame for Bitcoin’s price drop because they have been aggressively adding their holdings. 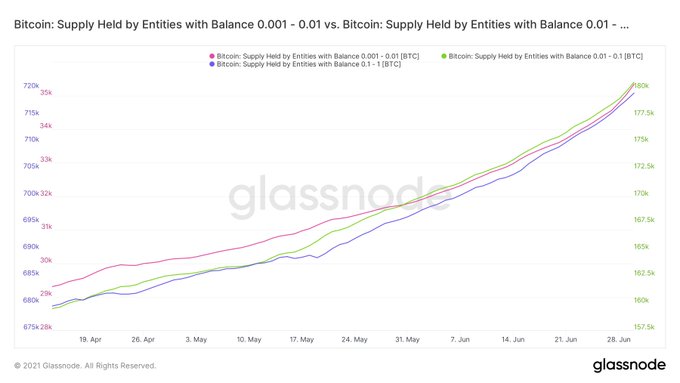 It, however, remains to be observed whether bears will continue being in the driver’s seat in the Bitcoin market.